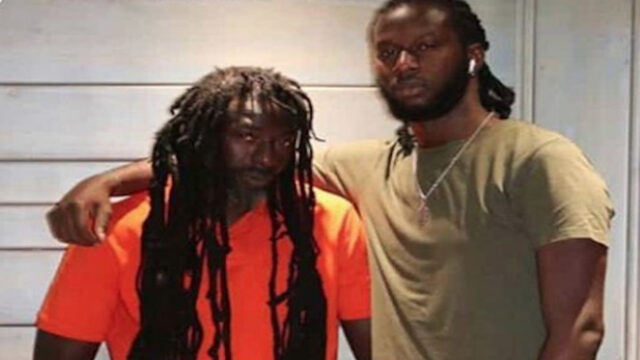 Dancehall producer Markus Myrie made an important first step to heal the rift with his superstar father, Mark “Buju Banton” Myrie, with a heartfelt post on Instagram on Monday morning.

The post begins: “I am a man. One who refuses to carry the burdens of the past into a future that will see me with children. For their sake, I will break the generational curse. My only regret is that I allowed myself to be so blinded by anger that I said things about my father and to the public that I shouldn’t have said but let he without sin cast the first stone. I have no hatred for my father.”

Myrie continued: “My only disappointment is the undelivered expectation of a father who refuses to see fatherhood as more than just a title and financial support. Your absence has nothing to do with prison and you know that. Still, I forgive you regardless. I hope one day you decide to be a better father; don’t do it for me; do it for my siblings who are suffering (emotionally).”

“When you love people, you tell them the truth regardless of repercussions, for example, this ridiculous altercation. Many of you may think that you know the situation but remember that you weren’t there and he’s my father, not yours. I ask you all to please keep the family in your prayers as I will. I love you @bujuofficial #myrie #family.”

He had earlier posted an undated photo of himself with his dad.

It appears that Markus will no longer attempt to press assault charges against his father regarding the alleged altercation between the two.

On Friday, the Corporate Communication Unit, the information arm of the Jamaica Constabulary Force, confirmed that a formal report had been made regarding an alleged assault. However, charges could not be pressed without an official doctor’s report.

On Thursday night, In a series of posts on his Instagram Story, Markus blasted his famous superstar dad while asking President Trump to send him back to prison.

“So much drama since December,” Markus wrote. “This man needs to go back to prison and dead in deh [Donald Trump] Y pree? come for [Buju Banton].”

In another post, Markus wrote, “And you know you f***ed up when you come from prison and out of your 17 children not even 10 was genuinely happy that “Daddy” is back. Great “artiste” yeah but write me off a your list pu**y.”

Markus had dropped a hint that there may be other repercussions stemming from the incident as he intimated that he will be pressing charges which means that the confrontation may have been of a physical nature.

The altercation took place just a couple of days before Banton’s highly successful Long Walk to Freedom concert at the National Stadium in Kingston.