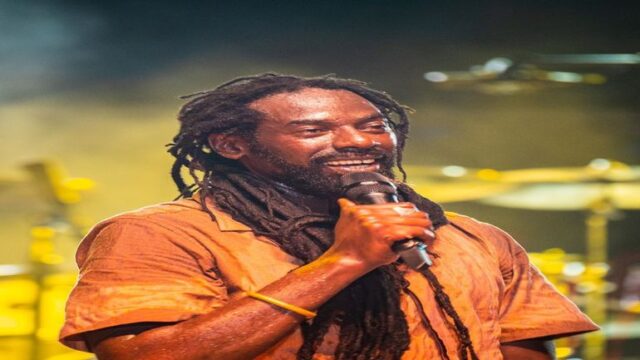 Buju Banton is feeling the love on his return to Africa.

The Reggae superstar was greeted with a warm welcome as he touched down in Kenya last week Thursday.

On Saturday night Buju gave a stellar performance, delivering for his catalog to a sold-out audience. This was the Reggae icon’s first performance in the Motherland since being released from prison in 2018.

The concert was originally set for last weekend but was later rescheduled due to a state funeral. It was delayed so Kenyans could attend the public viewing of their late retired President Daniel Arap Moi.

On Tuesday the “Til Shiloh” star took to Instagram to post a video clip a radio interview while thanking fans.

“THANK YOU @nrgradioke FOR HAVING ME 🙏🏿 #BujuInKenya🇰🇪,” the singer captioned the post.

Last week Buju was given a royal welcome as hundreds of fans gathered awaiting his arrival. He was greeted to loud chants of “Buju! Buju! Buju,” with a red carpet rolled out for him.

A smiling Buju acknowledged his fans before expressing his delight to be back in the Motherland.

“Good evening my people. Can I say I am happy to be home,” resulting in applause. “We have to touch the ground, not the carpet, the ground, he said as he bent to touch the earth. “Africans with an African pride, fighting to retain our rights.”