Buju Banton has been cleared to enter Trinidad and Tobago.

High-Frequency Entertainment today shared a letter they received from the Minister of National Security, Stuart Young, who made good on his word to grant the singer an exemption.

Permission has also been granted to Luciano and Wayne Wonder to enter the country. They are two of the supporting acts on the show which will also feature rising reggae sensation, Koffee. 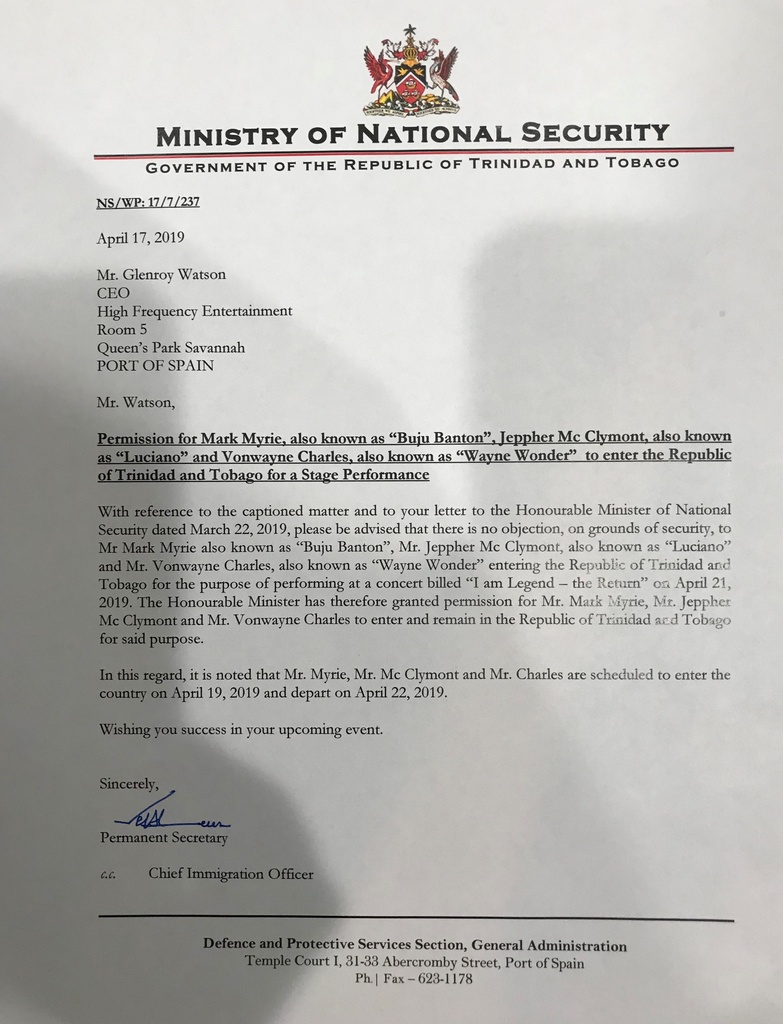 The letter, signed by the permanent secretary, said there is no objection on grounds of security for Banton, real name Mark Myrie; Luciano, real name Jeppher McClymont; and Wayne Wonder, real name Vonwayne Charles, entering the country for the purpose of performing at the I Am Legend concert on Easter Sunday, April 21.

The artists are scheduled to enter T&T on Good Friday, April 19 and depart on Easter Monday, April 22.

Last Thursday at the post-Cabinet press briefing, the national security minister said because of Banton’s criminal history, the organizers had to apply for an exemption to allow him to enter T&T.

The organizers said a letter was submitted since last November, but per the minister’s request, it was re-submitted.

Banton was released from a US prison on December 7, 2018 after serving close to 10 years for a drug-related crime.