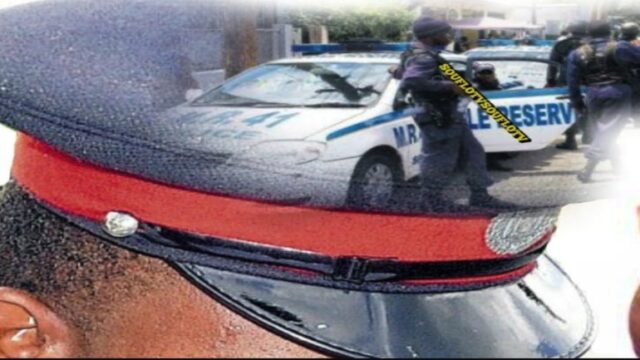 A member of the Police High Command has confirmed that Corporal Kirk Frazer, the policeman who was wanted for questioning in relation to incidents in Spanish Town, St Catherine two Sundays ago which resulted in three persons, including a policeman, being shot dead, has turned in himself to the authorities.

The policeman turned himself in on Sunday in the presence of his attorney.

Claims are that Frazer was one of four cops who was involved in a series of incidents that started with a controversial shooting at Chedwin Park, which sparked a dramatic car chase with more shootings and death.

Reports are that just before midnight two Saturdays ago, an off-duty cop’s attention was drawn to a shooting incident at a social event at Chedwin Park in Inswood, St Catherine, in which a man

– Sheldon Daley, otherwise called ‘Junior Biggs’ – was killed, reportedly by a group of men including three cops who were off frontline duty at the Mobile Reserve, to which they were attached.

The off-duty cop, who reportedly observed the shooting, is said to have pursued a Nissan AD Wagon motorcar in which the attackers were traveling, resulting in a shootout with the men that ended at the corner of Job Lane and Brunswick Avenue in Spanish Town, where the AD Wagon car crashed with a similar but slightly different color vehicle.

At the end of the chase and exchange of gunfire, one of the alleged escaping policemen was shot and killed, another was held, and the third cop escaped from the crash scene.

The driver of the other crashed car was also shot and killed in the incident.

Five guns – three Glock pistols, a .45 pistol, and a Browning 9mm pistol – were seized from the vehicle in which the alleged rogue cops were traveling.

A top-level police probe has been launched into the incident to ascertain how the ‘rogue’ cops, despite being off frontline duty, reportedly still had their Government-issued Glock pistols and other law enforcement paraphernalia which were recovered at the scene of the accident.

Likewise, the Independent Commission of Investigation (INDECOM) has started a probe into the overall incident, including the mysterious escape of the police officer who was reportedly taken into custody.