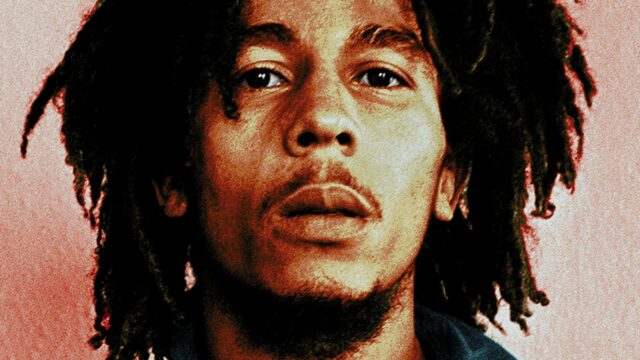 In what seems like an entire lifetime ago, I travelled worldwide fulfilling my duties as Miss World 1993. During one of my engagements in Iceland, a young waiter who was excited by my complexion asked: “May I ask where you are from?”

“I am from Jamaica,” I replied.

The young man’s face turned red with excitement, and he yelled, “Bob Marley”, and proceeded to sing word for word the lyrics of One Love and a series of other familiar tunes I had listened to throughout my life.

This young man’s response was one of the hundreds I received travelling the world that year and subsequently. From Columbia to Mauritius, Swaziland to Israel, or Scotland to Turkey, there was always one constant that framed someone’s reference to Jamaica, no matter their race, colour, language, or gender; it was our king of reggae, the Robert Nesta “Bob” Marley.

In my household, I grew up on the music of Bob Marley and The Wailers. My mother was a lover of all forms of Jamaican music, but reggae was her favourite. I remember being in awe of the Catch A Fire album sleeve the first time I saw it because it opened like a lighter. She still has that album along with all the others to this day.

As a child, the framing of my understanding of growing up in 1970s Jamaica was inspired by listening to songs from the Exodus, Natty Dread, Uprising, and Survival albums. It was hard to escape, mainly because my Aunt Donna McIntosh would come over with my godmother, Winsome Miller-Harvey, to dance in our living room, singing with my mother at the top of their voices.

Whether they wanted to or not, community members learned all the lyrics to Bad Card, as my Aunt Donna would go on the verandah and belt out: “I want to disturb my neighbour…yuh a guh tired fi si mi face, but yuh cyaan get mi out of di race.” I would be enthralled in all the drama, especially since my father was a quiet man who wanted them to clear out so he could watch the news on JBC and go to bed.

A criminal defence lawyer, a pediatrician, and a hairdresser, all with their heads tied up with scarves, dressed in long denim skirts in bold imitation of Rita, Judy, and Marcia, were militant in their respect for the messages he was conveying about our responsibility to humanity. I watched over the years as he stirred their uncensored revolutionary spirits, shaping their identity and consciousness to courageously fight against any system of injustice towards the marginalised and dispossessed, not only in Jamaica but globally. They volunteered in the Jamaican prison systems and JAMAL (Jamaican Movement for the Advancement of Literacy), became World Hunger Project activists, and provided service to the ‘Meet the People’ community tourism programme in the 1970s.

When I look back now at how Bob’s lyrics and rhythms gave willing abandonment to the social mores expected of women from that generation whom British Victorian ideals of ‘respectability’ would have indoctrinated, I give thanks for his direct influence on them, which ultimately impacted me and so many others around the world.

Forty years after his death, in our 60th year of independence from Britain, Bob Marley continues to frame the reference of Jamaica, reverberating with conscious noise, haunting the world with hopeful calls to action amid despair. How come? And what should this mean for us as a country seeking Republicanism from our colonial vestiges?

All and all you see a-gwaan

Is to fight against Rastaman

So they build their world in great confusion

To force on us the devil’s illusion…

Queen Victoria’s ascendancy between 1831-1901 gave the British empire a most significant expansion of industrialisation and global financial strength by extracting raw materials from their colonies. Known as the Victorian Period, Britain’s elite and upper classes, including the royal family, intensified the superimposition of their socio-cultural ideologies upon formally enslaved working-class people. (Professor Verene Shepherd, March 2022)

During this era, the human development deficit worsened in Jamaica for formerly enslaved people, which led to wide gaps of social indignity and economic inequity between the elite and the masses who were relegated to the margins of society, uneducated and unskilled. The 1865 Morant Bay Rebellion led by Paul Bogle is a raw reminder of this time.

By 1938 the national labour riots compelled the owners of capital to re-engineer their treatment of workers. Still, it did very little to erase Jamaica’s rural and urban inner cities’ social injustice, despair, and poverty.

At the time of our political independence from Britain in 1962, a force of resistance towards the status quo, which denied any man or woman equal rights and justice, was developing through our indigenous music.

Enter Bob Marley and The Wailers a decade later with the period of reggae consolidation. Their lyrical activism for the poor and disenfranchised inspired the need to reclaim the dignity of the ordinary man and woman through the centre of political and social dialogue. Moreover, their music helped create a momentum that drove political leaders to focus on the reality of the working conditions of people and how they were living.

“No chains around my feet, but I am not free”, “Cold ground was my bed last night, and rock was my pillow” forced forward some of the most radical social legislation the country had ever seen in the 1970s.

Additionally, Marley called on the world’s powers to focus on policy decisions to free people from race oppression, poverty, and war. As a result, in 1978, the United Nations presented him with The Peace Medal of the Third World on behalf of 500 million Africans for his courageous work appealing for justice and peace during political unrest in Jamaica and his efforts to empower disenfranchised blacks around the world.

Bob Marley died shortly after, in 1981, but still his messages and work live on as they continue to guide the way to who we are. In 1999, the British Broadcasting Corporation ( BBC) named his One Love, translated into almost every language worldwide, the Song of the Millennium. In the same year, TIME magazine declared his 1977 Exodus the Best Album of the Twentieth Century.

“Bob Marley’s contribution to Jamaican development and international progress crosses into areas as diverse as education, religion, tourism, business, sociology, history, identity, the arts, and family life. He was a poet, humanist, and nationalist as well as an Africanist. As an international crusader for peace, love, and equality, he had the extra edge of being a global superstar on a level unprecedented in the world’s religion and politics.” (Herbie Miller, Literature and Arts of the Americas, 2010)

He is a global hero for many nationalities, yet Jamaica has never found it fitting to bestow him with the honour of national hero. It’s time to ditch the attitudes of the miseducated Jamaican elite who continue to adamantly oppose such a designation based on their Victorian-era old colonial values against the lifestyle of Rastafari.

Our National Honours and Awards Act describes the national hero motto: “He built a city which hath foundations.” Today, as the world seems more embattled with geopolitical conflict and nation states worrying about their people’s economic survival, we need Bob’s guidance, reassurance, and revolutionary empowerment to reset our humanity to one another.

If we are serious about becoming republic, let us first demonstrate it by embracing our own, recognising the monumental impact they’ve made on our lives and the global village. It’s time to make Bob Marley our eighth national hero.