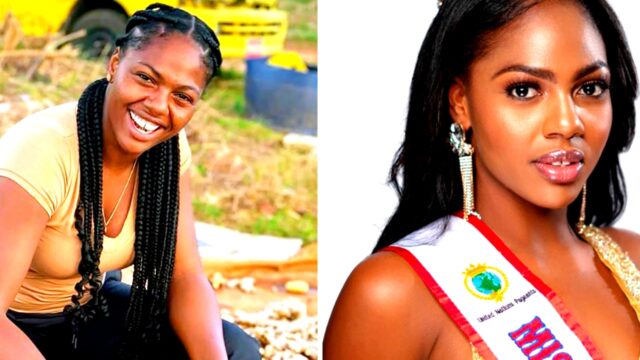 Lalor was featured in THE STAR in September where she chronicled how she got into farming. She is also a teacher, mentor, actor, model and philanthropist.

Lalor, who won the ‘Beauty with a Purpose’ award during the Miss Jamaica World pageant, says rather than the usual gallantry surrounding the naming of a Miss Jamaica United Nations, she was specifically selected for the role because of her own charitable works.

“They [local organisers] were very impressed with the work that I was doing and then the Miss Jamaica United Nations is about charity, it’s about giving back, it’s about impacting the lives and making a difference, you know, being that change you want to see. Having won Miss Jamaica World Beauty with a Purpose, they invited me to an interview,” she said.

Lalor says that she had initially decided not to attend the interview. However, she changed her mind and was appointed queen.

“I think I’ve made my mark. I think I’ve been able to bring about awareness and widen my platform. So that was it for me, no thank you. But I just say, I gwine do it, win, lose or draw. And I just did the interview with them and they were very impressed. They were very pleased and they just said they would love to appoint me as the queen and just like that, they did and now I am Miss Jamaica United Nations,” she said.

The pageant, which is set to take place from February 1 to 7 at the Pride Plaza Hotel in Aerocity, New Delhi, India, will see contestants from all seven continents engaging in challenges to showcase their beauty, charity, and dedication to their nation.

Lalor says she is looking forward to the pageant as a means to help her fulfil her purpose, find her true potential and boost her own charity, the Toni-Ann Lalor Foundation.

“I’m also hoping that this pageant will help in giving me the opportunity to branch off into allowing me to use my farming mentorship programme as a legacy right throughout Jamaica, growing from Manchester to at least one place in each parish. I am hoping that the crown will allow me and align me with the right people to network that will help me to help Jamaica the way I really want to,” she said.

Lalor says she is grateful for the public’s confidence in her and is looking forward to the support she always receives.

“I’m very honoured to have been appointed and I’m very grateful for the love and support that Jamaica has given me, the first-ever Jamaican farmer to be a Miss Universe queen, a Miss Jamaica World queen and now a Miss Jamaica United Nations queen that will go overseas and represent,” she said. “And I just want to ask Jamaica for their continuous support and I am here to work and I am ready to make Jamaica proud, so ‘one love’!”