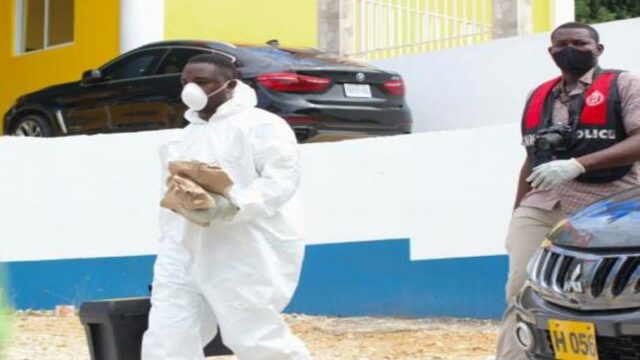 Ballistic tests have now confirmed that the gun of a policewoman was fired on the night of the deadly ritual at the Pathways International Kingdom Restoration Ministries in Montego Bay, St James.

A male congregant murdered during the incident on Sunday, October 17 was shot and stabbed.

The throat of another congregant, Taneka Gardner, was slashed.

Highly placed sources close to the matter say spent shells recovered from the scene match the weapon of the policewoman.

On the night of the incident, Head of the St James Police Division Senior Superintendent Vernon Ellis reported that a pistol and ammunition were seized.

He also reported that the police were shot at as they tried to enter the Pathways building to rescue congregants.

They had to call in reinforcement.

On Monday, the pastor, Kevin O Smith, was killed in a traffic crash while being transported by the police to Kingston to be charged with two counts of murder, two counts of wounding with intent and one count of illegal possession of a firearm.

Smith’s co-accused who had travelled in another vehicle has since been charged with one count of murder and has been remanded to return to the Home Circuit Court on November 3.

Meanwhile, more details have emerged about the policewoman and a captain of the Jamaica Defence Force linked to the Pathways organisation.

Sources told The Gleaner that on the fateful night, both were in their force-issued uniforms when they escorted Smith in his BMW SUV from his Coral Gardens home to the Norwood Avenue church.

The captain was the driver, while the policewoman sat in the front passenger seat.

On reaching the church, she reportedly alighted and opened the back door for Smith to get out.

It is further reported that the policewoman had been in Montego Bay from two days earlier.

Soon after the captain left the church.

The policewoman is said to have travelled on a chartered bus from Kingston to Montego Bay on Friday, October 15 and spent the weekend helping other key lieutenants to prepare for the Sunday ritual at Pathways, referred to as the ark.

She is also reported to have slept at the house of deceased pastor on the Friday and Saturday nights before the sombre Sunday slayings.