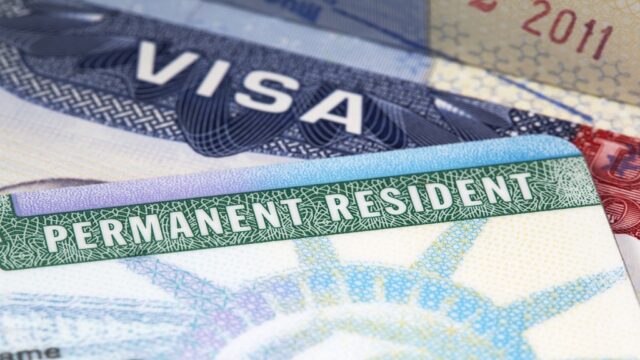 An American man who lives in New York is being accused of defrauding undocumented immigrants from Jamaica and St Kitts under the pretense that he could get the United States green cards and work permits.

The man, identified as 55-year-old James Archibald, allegedly collected some US$8,520 from the undocumented immigrants and, when the promises he made were not fulfilled and the clients requested a refund, he reportedly threatened to report them to the immigration authorities.

Brooklyn District Attorney Eric Gonzalez on Wednesday, June 12, announced that Archibald, has been charged with grand larceny, scheme to defraud, immigration assistance services fraud, and related charges, for allegedly stealing the money from three undocumented immigrants who hired him to process work permits and green card applications with the United States Citizenship and Immigration Services (USCIS).

“This defendant is accused of preying on some of the most vulnerable members of our society who were victimized as they attempted to comply with federal laws,” Gonzalez said.

Archibald, a resident of Canarsie, Brooklyn, New York, was arraigned before Brooklyn Criminal Court Judge Joseph McCormack on a 10-count criminal complaint in which he is charged with third-degree grand larceny, fourth-degree grand larceny, first-degree scheme to defraud, first-degree immigration assistance services fraud, and fifth-degree criminal possession of the stolen property. He was released without bail and ordered to return to court on August 8th, 2019.

Archibald faces up to seven years in prison if convicted.

The allegations are that, between October 2016 and May 2018, the defendant, who was the owner of a company called US Caribbean and Asian Development Organization, received US$8,520 from the three undocumented immigrants who paid him to process and expedite work permit and green card applications on their behalf with USCIS.