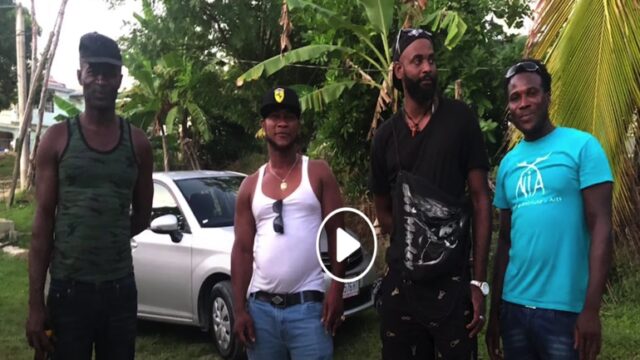 The American Civil Liberties Union (ACLU) filed a lawsuit against the United States Coast Guard Wednesday on behalf of four Jamaican fishermen it says were detained without due process on four Coast Guard ships for over a month.

The ACLU said Robert Dexter Weir, Patrick Wayne Ferguson, Luther Fian Patterson, and David Roderick Williams were detained as part of the U.S. “war on drugs.” It claims the Coast Guard searches boats in international waters for drugs and detains crewmembers for prolonged periods of time.

“The Coast Guard has no authority to kidnap and disappear, fishermen who are trying to make a living for themselves and their families,” Steven Watt, senior staff attorney with the Human Rights Program at the American Civil Liberties Union, said in a press release.

The group said the four fishermen were denied shelter and medical care.

“One evening our clients went out fishing, and the next thing their families knew — they were gone. The Coast Guard chained our clients to decks of its ships for over a month, exposed them to the elements, even during a hurricane, and didn’t even let them tell their families that they were alive. These men deserve justice.”

The ACLU said the men were dropped off in Miami in October 2017, after the ships made multiple stops, and charged with conspiracy to possess and distribute marijuana. They pleaded not guilty to those charges.

They were later also charged with providing “false information” to the Coast Guard about the boat’s destination. The men pleaded guilty and were sentenced to 10 months each in prison, but the ACLU said they only pleaded guilty to expedite their return to their families.

They were ultimately sent back to Jamaica in August 2018 and have suffered “physical and psychological trauma” over the ordeal, according to the ACLU.

“There are no human rights out there,” said Luther Fian Patterson, one of the fishermen. “They treat you like animals. You are like an animal…chained to the deck on your foot.”

The lawsuit, which was filed in U.S. District Court for the District of Columbia, seeks to recover physical, psychological and emotional impacts of the detention.

The Coast Guard did not immediately respond to a request for comment from The Hill.

It told The Atlantic that it had not been served with the complaint and could not comment on ongoing litigation, but maintained it treats detainees humanely.

We filed a lawsuit to get justice for Jamaican men who were kidnapped and abused by the U.S. Coast Guard for over a month.The men still suffer from physical and psychological trauma as a result of their treatment.