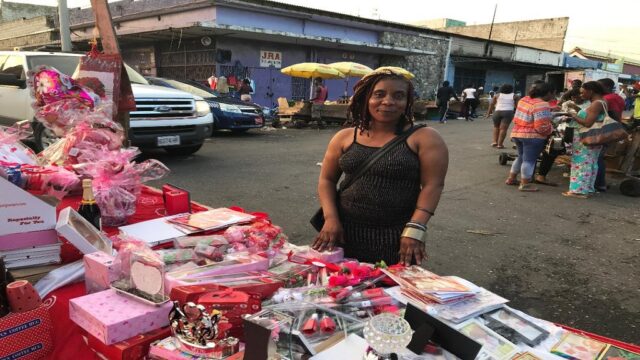 It is often said that women living in poor countries are generally considered miracle workers for the mere fact that with the little they earn, they are able to do wonders.

There is one such woman who lives in Kingston, Jamaica, who is a living example of that story.

Meet Cindy Small, a vendor, and mother of four, who plies her trade in downtown Kingston.

At age 38, the woman from Waltham Park Road, one of the rough inner-city communities in the island’s capital city, Small is a walking role model to many of the women in her surroundings, based on the fact that she has managed to overcome so many of the hurdles that life has thrown her way.

And doing it as a mother of four has not been anything near easy.

In the proverbial sense, Small has embraced life’s challenges and used the sour lemons that it has thrown her way to make lemonade.

The mother sat down to talk to Loop News over the weekend about some of the challenges that she has had to face.

“While growing up things were never easy, there were times when I felt like the struggles were becoming extremely challenging,” said Small.

She said despite setbacks, at no time did she, however, feel like giving up.

“There were times when I had to use the little that I had to stretch to make ends meet, but still I managed,” said the vendor who was seen plying her wares in downtown Kingston.

“There were times that from little or nothing I had to make things work, and used creative ways to earn,” she outlined. She said with employment not been readily available, she had to turn to the streets to sell various items as a vendor to put two and two together. 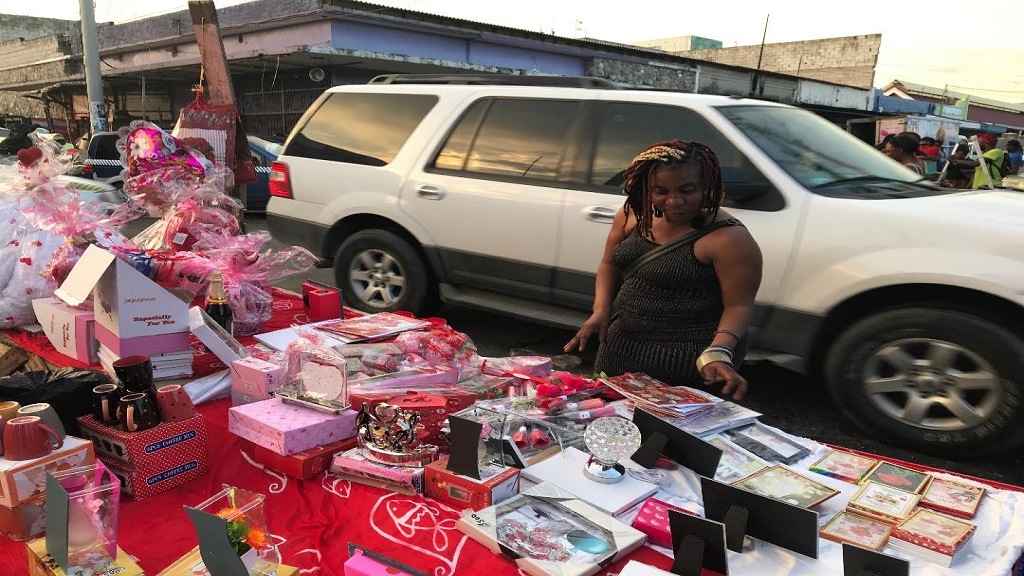 Small in good spirits amid all the hustle and bustle of downtown Kingston’s commercial district.

Through all of those struggles, her four children have blossomed, with one of her sons even been able to attend Ardene Preparatory School.

Today, as she continues to ply her trade on the streets, Small has learnt to provide goods for customers that correspond with the moods of the public and even the seasons.

“As a vendor, you have to be flexible and know when to change and move on to something that is a hit with the people. Christmas come you have to be able to capitalise and sell things that correspond with Christmas and so on,” she said.

That said, with Mother’s Day in the air, it doesn’t take the brain of a rocket scientist to figure out the goods that Small is mainly offering to the customers.

Smuggled in a small corner along Orange Street, Small could be seen selling gift baskets and other items.

Smiling all the way, she greets and talks to customers and beams with a sense of pride at every sale she makes.

Asked what would have caused this seemingly special demeanour, Small said she feels encouraged every time she makes a sale in relation to Mother’s Day, as at least it indicates to her that there are a number of persons out there going the extra mile for their mothers.

“It make me feel good when mi see people coming out to support their mothers,” said Small as she joined with other Jamaicans to celebrate the day.

She also had a special message to youngsters out there.

“I just want to encourage everyone out there to continue to show respect towards your parents, because they are precious and if it wasn’t for them, you wouldn’t be here,” said Small.