Home News A Jamaican-American woman is fuming over the alleged handling of a break-in... 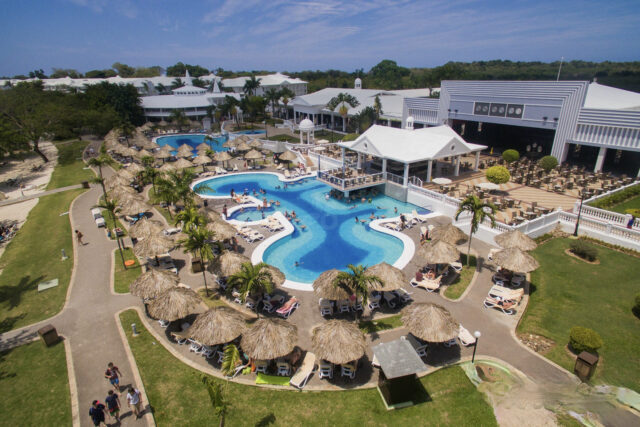 A Jamaican-American woman is fuming over the alleged handling of a break-in at her RIU Negril Hotel room earlier this month.

The woman, Daneile Buchanan, in an e-mail to the Jamaica Observer said she traveled to Jamaica to visit her ill paternal grandparents and checked into RIU Negril room 1220 on Monday, November 1 at 3:18 pm.

She said upon arrival there was an issue with her booking due to an error with booking company Expedia. Once sorted out and payment made, Buchanan said she and her friend were provided with wristbands and room keys and escorted to their rooms.

When they got to the room, Buchanan said she noticed there was difficulty entering.

The same evening around 6:43 pm, after returning from the pool, Buchanan said the room key was not working and they took a video of their failed attempts to get into the room. She said she requested a room change but was told the hotel was fully booked and they would reissue a new set of room keys. Buchanan also mentioned that the receptionist told her if the keys were next to any electronics that might have been the problem; however, she said both key cards were left in their wallets away from electronic devices.

Buchanan continued, “The following morning around 10:18 am, room service was coming around to do daily cleaning. We signed to opt-out of bar restocks and room service cleaning. [We] also placed a red ‘Do Not Disturb’ sign on the door to maintain our safety while on the resort.”

“We got up in the morning as usual. Someone was knocking at the door [and] when we got up to check, no answer. I reached out to the front desk to let them know and I enquired about a COVID-19 travel test. They told us to come down and stop by the desk to scan a bar code which would take me to the appointment booking site. We were scheduled for 9:45 am. We were told the test is done on-site, room 1001. We completed the test and went to the beach.

“We returned to our rooms and my dad came to get us to pick up last-minute stuff to bring back. We left around 12:30 pm and returned at 8:00 pm. We got back and packed, left our room. Around 9:21 pm went down to the buffet and bar. We returned to our room at 10:32 pm to see our door cracked open. We entered the room, and it was complete darkness. We left the other key card in the electricity box, which was no longer there. The drawers were open, bathroom in disarray, curtain from the patio drawn. We called the front desk immediately at 10:35 pm; however, they didn’t answer until the sixth call. We let them know what happened and they told us security was on the way up. Eight minutes go by [and] no one shows up. We called back [and] we were told not to worry, they’re on the way. It took over 17 minutes for security to arrive. That was now 11:02 pm,” she said.

Buchanan said when she checked her bags all her money – US$850 and $5,320 were missing. Also missing was an iPad, watch, vaccination card, beats over the ear headphone, AirPods, and an necklace/pendant from her deceased grandmother.

“I told her all the things that were missing and she didn’t believe I had all that money. I have multiple transactions through MoneyGram to prove this. She searched all of our things to locate the missing items. However, she found nothing. We knew where things were left. We were packing for our flight and my dad was coming early in the morning,” Buchanan said.

In an attempt to cushion the blow, Buchanan said RIU hotel offered her a room three doors down from the break-in.

“How is that supposed to make us feel safe? We went down to the front desk and they told us there was another on the ground floor on the other side. Also, not keeping our safety in mind. We opted not to take a room and stayed in the lobby until my uncle and dad came for us 5:28 am, waiting in the lobby from 1:03 am. About five minutes before my dad arrived, maintenance came down and said he didn’t get any calls. The supervisor and maintenance went up to the room and came back down with no further information,” Buchanan said.

She told the Sunday Observer that the security supervisor informed her she would continue contacting the police, however, while on her way to the airport she called RIU to find out about the door reading and was told she needed to do a police report.

“We were on the way to the airport, and I asked if we could call to make the report; however, the police station did not answer. We weren’t offered a ride to the police station to make a report. My safety was not taken into consideration… I have made multiple calls since returning to New York, at this point, it seems like the hotel is trying to cover up this story,” Buchanan said.

She further claimed that one of the hotel’s security managers told her he reported the matter to the Green Island Police Station on Saturday November 6 at 9:05 am. Buchanan said she called the station and spoke to a Constable Williams who told her there was no such report.

The police are yet to corroborate the incident.

Meanwhile, Niurka García Linton, director of sales, RIU Jamaica, said whenever there is a breach of that nature and it is reported to our security staff, the police is called and a report is made.

“As long as it was reported to our manger and the security, the procedure is police is called in and an investigation is open,” she said, adding that they are unable to comment until said investigation is completed and the client will be contacted directly for further updates.

“We are following up the case with the police and we are helping them in everything they can need. The safety and well-being of our clients is our priority so we will do our best to help them and they will be contacted as soon as there are updates in the case,” he said.